Odinga’s complaint threatens to prolong the period of political uncertainty in Kenya.

Odinga, head of the CORD coalition, refuses to accept the slim first-round election win by Uhuru Kenyatta, who has been indicted by the International Criminal Court over the explosion of bloodshed in 2007 that left more than 1,200 people dead.

The March 4 election and aftermath was largely peaceful by contrast. Kenyatta declared the vote “free and fair” in his victory acceptance speech, though he added that the electoral process could be made more refined and efficient in the future.

Odinga’s petition alleges widespread rigging and accuses the IEBC of inflating voter registration numbers and going ahead with the election aware that its systems were going to fail.

Kenyatta comfortably beat Odinga in terms of votes won, 50.07 percent versus 43.28 percent, but only narrowly avoided a run-off after winning just 8,100 votes more than the 50 percent needed to be declared the winner outright.

That slim margin has given Odinga allies confidence that they can force a run-off through the courts, though the petition calls for the whole process to be declared null and void. 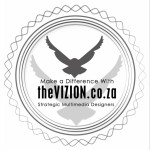